Sitting down with Ayodeji Jeremiah 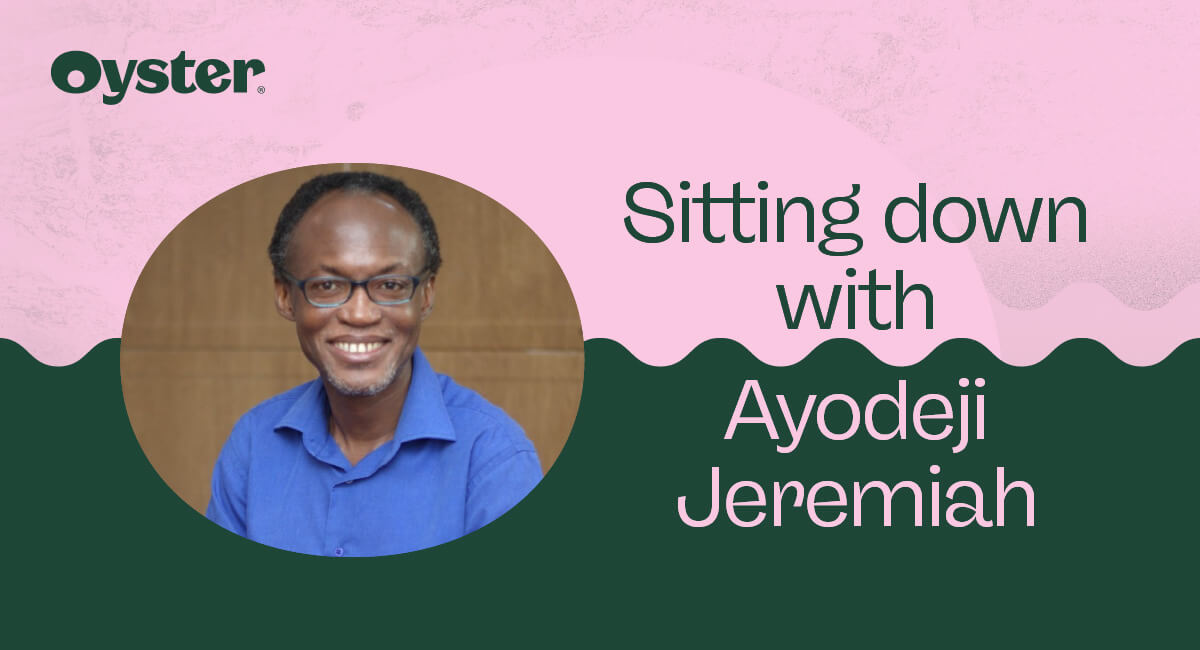 ICYMI we sat down with Ayodeji Jeremiah, chief operations officer at BELAY Associates, for our first episode of Distributed Discussions. Podcasts aren’t your thing? Or want the TL:DR? Read on for the 5 lessons we learned from the latest episode!

1. Introductions to remote work come in all shapes and sizes

While many got their introduction to Remote Work as part of the COVID-19 pandemic, Ayodeji got his start well before that though in a quite unexpected way. Like the current cohort of people working from home, Ayodeji didn’t land his first remote role by choice, but rather out of necessity.

At the time as a managing editor in a magazine based in Lagos, Nigeria Ayodeji found himself confronting an illness that left him bed-bound and forced to work from the hospital. While not ideal, he was quick to adapt to this new work set-up, which at the time was unheard of. Some might think such an introduction to remote work to be rather bleak.

Yet despite such hardship, he made the most out of his remote experience. In fact, once fully recuperated, he felt as if there was no other way of working other than remotely. The benefits for him outweighed any drawbacks. As he says it, “it’s an easier way of life, a better way of doing things”

2. Time-zones are a real challenge for distributed teams

One of the biggest challenges for Ayodeji as a remote worker is being able to respond to his co-workers in California and interact with his clients in China from Lagos. That is about an 18-hour difference. In order to keep on top of things, Ayodeji relies on conventional tools such as Slack, which he personally introduced at his company, and country-specific tools like WeChat for his Chinese clients.

3. That this “office based” mentality that needs to change

While there certainly many companies that will like to continue working under a remote framework, there are those that don’t see it working post-COVID. This comes down to a rigid and flawed mindset according to Ayodeji. He puts it simply, “if people are not seen physically [in the office], they are not working”.

Such mentality is ultimately flawed admits Ayodeji, who adds “it’s obvious that someone can spend 10 hours in an office”, but there’s nothing to say that person worked consistently in those hours, sometimes they “only get one hour of work done or two.”

For companies that do decide to adopt the remote work framework in the long-term, Ayodeji also shares some of his reservations. Most of them lie on transferable costs from the office to the home office. By that, he means that companies on average save a significant amount of money by not having a physical office. However, such savings should be repurposed onto stipends in the form of electricity, internet payments and office equipment.

4. Why globalized salaries are the most fair

When confronted with this topic, Ayodeji replies with a poignant question: “do you employ people based on their skills and what they can offer, or do you employ them based on where they are located?” He firmly believes that companies have to look past geographic location and concentrate instead on individual skills. Ayodeji explains that as a remote worker his skills do not change if he was to move from Lagos to London or Los Angeles tomorrow.  A salary for Ayodeji should be a representation of a person’s individual ability, location should be secondary.

5. On where workers can learn remote skills and why it is important

As a Remote Ready graduate, Ayodeji was quick to share his thoughts and experience while taking part in Oyster’s remote focused program. He admits to having a lot of fun, and really enjoying the way in which the lessons were structured. For Ayodeji, the fact that most lessons were asynchronous and easy to follow was a big plus. That said, he also really liked interacting with fellow Remote Ready participants when working on assignments. Overall, Ayodeji felt really grateful for being able to participate in the program as well as being able to transfer his knowledge onto the real world.

If you want to listen to the whole episode check it out here and make sure to tune in to the next episode of Distributed Discussions featuring Laurel Farrer, Founder and CEO of Distribute Consulting.

You can also subscribe to the Podcast here and make sure you never miss an episode!

Let’s create a more equal world, one remote hire at a time

Here's how Oyster is helping companies make sure it happens.
Stories of Impact

How we're building the best distributed team in the world

Our CEO, Tony Jamous, shares all the details.
Stories of Impact

What's the impact of remote work on the environment?

It's the sustainable solution.
Stories of Impact

The springtime of impact entrepreneurship

Now is the time for mission-driven companies to thrive.