Staying social as a remote team: How we do it

Get a peek at how we keep our global team connected.
November 17, 2021
Mitra Moin 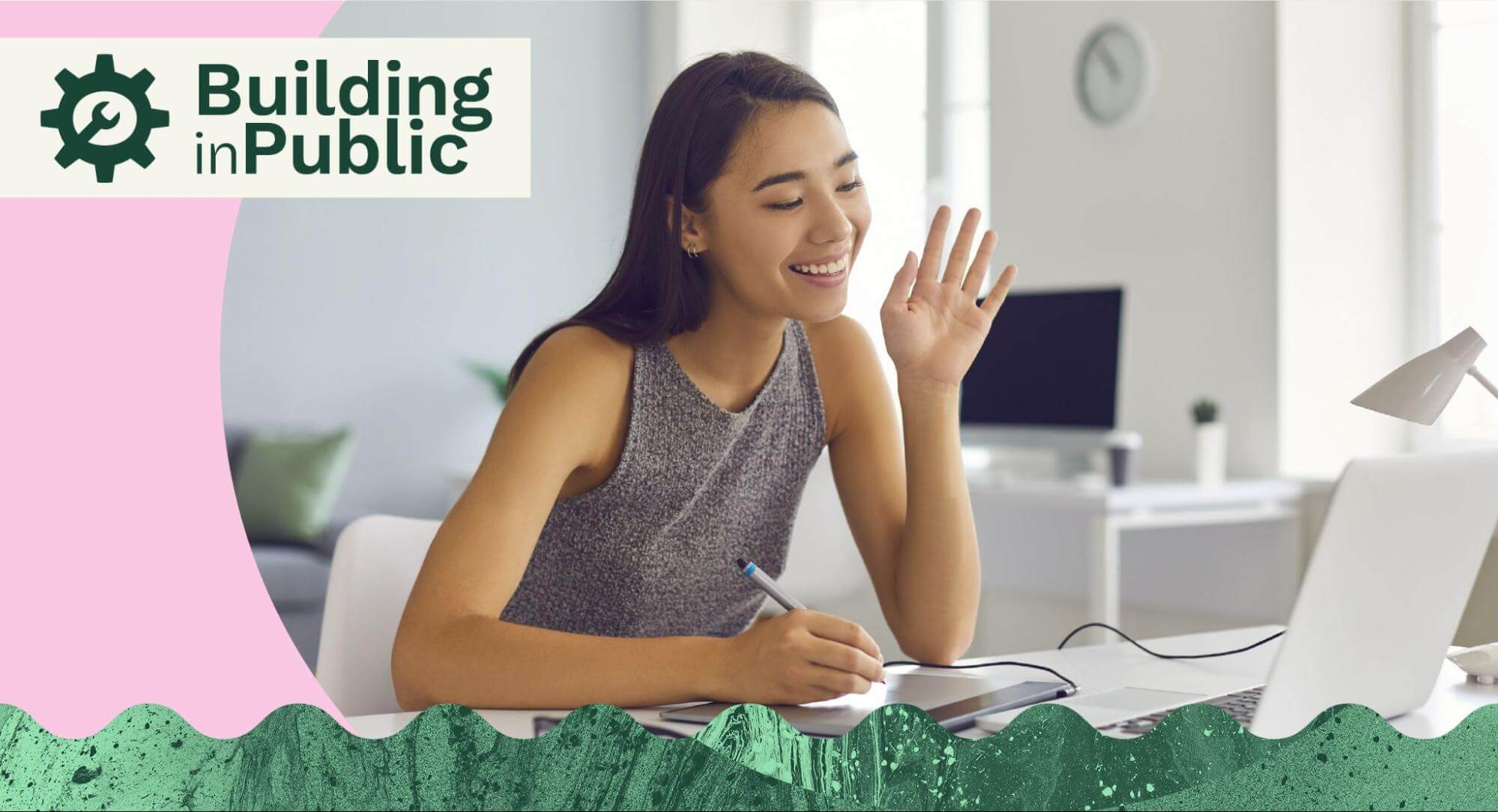 As humans, we're inherently social creatures. We need other people. It’s easy to foster human connection when working in a physical office environment, but in the world of remote work, it’s a different story.

When working remotely, you have to intentionally engineer opportunities for people to socialize. And if you don't create those opportunities, it just won't happen. There’s a ton of different ways—asynchronously, synchronously, in groups, individually—but however it’s done, socializing is super important in a remote team because that's how you build trust. Trust is the foundation of being able to work well with others, and that's how you build really strong teams.

As Oyster’s Remote Experience Manager, a huge part of my role is creating these opportunities for our team to feel connected. And because we’re new to this too and still figuring out what works, I thought it would be valuable to share our experiences so far when it comes to staying connected as a team distributed across 50+ countries.

When I first joined the Oyster team back in May, we were first and foremost focused on having active social channels in Slack. In the beginning, this was more of a group effort from our entire Remote Operations team, which has more recently become part of my role. Slack is a tool that most folks are familiar with, and it’s a really simple and convenient way to create specialized groups for uniting colleagues.

We have channels for parents, plant lovers, fitness fanatics, music buffs, foodies, and more—and as our team grows, more niche communities are forming everyday. Someone just recently started an #ootd channel where folks are sharing photos of their outfits—just like you’d get to see in an office environment.

Because we’re such a culturally diverse team, there are so many different languages spoken by team members at Oyster. So our tandem language learning channel is a big hit. I myself am a native French speaker, and one of our co-founders, Jack, is a native Spanish speaker. We’re at the same level of learning each other’s language, so we’ve paired up and have 30-minute sessions where we exchange knowledge of each language.

We’re of course also big fans of the Donut app and sharing Zoom selfies in our #coffee-buddies channel from virtual coffee meetings happening all over the world.

Our fitness challenges using the Strava app have been really well-received, but they’re an example of something that hasn’t been sustainable as we’ve grown. Because there are so many people interested in participating (which is a great thing!) we need to rethink how we’re approaching it.

Beyond Slack, when I first came into my role, I started out with organizing a lot of ad hoc activities like virtual escape rooms or culture sessions, where people do lunch and learn style presentations about something they’re passionate about. These were really well-received by the team and something we’re looking at bringing back in a more structured way.

As our team has grown we’ve also had more in-person meetups happening between people who live in similar areas—or even having people travel to meet each other which has been great to see.

Socializing as our team scales

The more you scale a company and the more people you have on your team, the more difficult it becomes to know everyone. So something that I’ve been thinking about a lot lately as Oyster grows is the idea of macro culture and micro culture. When you’re in a role like mine at a hyper-growth company, there’s a sense of pressure feeling like you want everybody to get to know everybody.

But there comes a point that it's not reasonable, and you need to start thinking about the overarching macro culture. For me, that means there's a desire for everyone to socialize with one another. Even if they don't necessarily ever get the chance to meet, there’s the space in the intention for it to happen.

There’s also team-level culture, which is a lot more personal and happens on a smaller scale. I would argue this micro culture is slightly more important because these are the people you’re working with day-to-day, and it’s important to ensure you have healthy relationships amongst one another.

Within Oyster, there are also a lot of cultural champions. These are people who are really passionate about culture and socializing and take it upon themselves, not even intentionally, to create a fun and social environment that they're an active participant in. People like that play a huge role in our company-wide culture.

As I mentioned before about our Strava fitness challenges becoming too popular for us to scale, there are other things that we’ve had to move away from as we’ve grown. Our all-hands meetings used to have a social component where we’d do an activity as a company, like a scavenger hunt or a game, but company-wide collaboration is tough when there are 200+ people on the call. Instead, we’ve started to leverage randomized breakout rooms to encourage smaller, more intimate interactions between Oyster employees. We’ve found it works best to have some sort of structure to these conversations—whether it’s a discussion topic or an activity—so team members who have never met have something to go off of.

The other consideration as a distributed company grows is creating multiple versions of events to accommodate multiple time zones. You can also afford to have more variety in the events you’re putting together because, with a bigger team, people can pick and choose to attend the events that they’re interested in, rather than trying to appeal to the entire group.

For myself and everyone else on our Remote Operations team, I think it’s important to remember that we’re facilitators, and it’s our job to create an environment and build the framework that allows socialization to happen rather than force it. Most people want to socialize, but don’t have the time within their days to think about how to socialize—especially with team members on the other side of the world.

Our Remote Operations team has OKRs (objectives and key results) focused on increasing employees’ connection with Oyster and with one another. Right now, I would say I’m the dedicated person to help coordinate opportunities for socialization, but it’s really a team effort. Managers also have a high stake in this when it comes to the micro culture they’re creating for their teams. But when it comes down to it, everyone at the company ultimately owns culture. Culture is not built by one person—it's built by the collective.

"Culture is not built by one person—it's built by the collective."

The collective is also where our best ideas for socialization come from. This includes people posting suggestions in Slack (we have a #bad-idea-of-the-day channel where we welcome ideas about anything at all) and by smaller teams planning an event and replicating it across other groups. We think social interaction—whether synchronous or asynchronous—should happen regularly and consistently. Slack is great for small everyday social conversations, while larger, more structured events can happen weekly or monthly, depending on your team.

Consistency is ultimately the key to developing relationships. So sometimes these interactions may take on a bigger, more structured format, and other times it may be as simple as gathering in a Zoom breakout room.

As I mentioned earlier, event timing can get extra tricky the more countries you have employees in. At Oyster, we believe that it's really important to have a personal life, and your personal life always comes before your work life. So we wouldn’t organize things outside of people’s working hours. That being said, if you’re a distributed company like Oyster, you really have to be mindful of time zones. Depending on how many countries your team is spread across, it’s likely going to be outside of working hours for someone. This is where it becomes useful to have multiple versions of one event to cater to different parts of the world. We’re still working on this ourselves, and we aren’t perfect, but it’s a work in progress that’s becoming more important as we grow.

Investing in socializing isn’t just something that should be done from a time and resources perspective—it’s also important to budget for. While we don’t have a set socialization budget yet, our leadership team sees and understands the value of investing in team-building and culture. Interestingly though, some of the best ways we’ve found to stay social are quite low-cost, like Slack or playing online games together while chatting on Zoom.

Culture is a difficult thing to measure the success of, but at a high level, I would say that a quick way to evaluate how socialization is going on your remote team is seeing that it’s evolving. If it’s staying the same, especially as your team grows, that may not be a great sign. You want to be able to see improved employee engagement.

One thing that doesn’t change whether you’re remote or in an office is the importance of employee experience and fostering those connections. The remote working world definitely brings a new set of challenges to socializing with your colleagues, but building connections across countries and time zones also creates a whole new set of exciting opportunities.

How we approach project management at a remote company

Get an inside look at Oyster's process.
Building in Public

The first hires we're making on our remote operations team

We share how we're building out this essential team.
Building in Public

Using Slack for remote teams: Where we got it wrong

Something changed when we hit 100 employees.
Building in Public

The challenges of hiring diverse talent