Setting up a foreign subsidiary—the main advantages and disadvantages

We outline how to set one up (and some easier alternatives).
September 21, 2022
Oyster Team So, you’re considering international expansion. Congratulations! This is a huge step in the growth of your company.

But while bringing your business to new markets represents an exciting opportunity, it also presents a number of practical and legal challenges.

One way to hire teammates outside of your company’s HQ is to set up a foreign subsidiary. A foreign subsidiary is a new business set up in a different country that is partially or fully owned by the parent company—also known as a holding company—in the country of origin.

The main advantage of establishing a foreign entity is that it ensures compliance with local laws, making it easier to operate and do business in a different market. It also helps establish credibility with local authorities and build trust among local customers.

However, setting up a foreign subsidiary is a vast and costly undertaking, with many potential risks and pitfalls. Fortunately, foreign subsidiaries are no longer the only way to enter a foreign market or set up a global remote team, and many simpler and more economical alternatives are available.

If you’re looking for the best way to start your global expansion, you’ll need to know what your options are. This article will outline the main pros and cons of setting up a foreign subsidiary and suggest some alternatives that are faster, easier, and much less expensive.

Let’s say a US company is doing business in Brazil and wants to hire foreign workers on a full-time basis. It can’t hire employees on a US contract, as that would be non-compliant with labor and tax laws in both countries. But would it make sense to open a subsidiary? Let’s take a look at some of the options, requirements, and costs involved in setting up a foreign entity.

A foreign subsidiary is a separate legal entity from the parent company and operates under the host country's local laws. It’s different from opening a foreign branch office, which is an extension of the main company and is subject to the laws of the home country.

While a subsidiary company enjoys greater freedom and autonomy in running its business activities, it’s also liable for any litigation issues that arise in the country of operation. This means the parent company has limited liability and is not legally responsible for the subsidiary.

Another thing to be aware of with a foreign subsidiary is that it’s important to make sure it doesn’t meet the criteria for a permanent establishment, as this can significantly increase the costs and tax obligations for the parent company.

Some of the steps and costs in the foreign subsidiary incorporation process include:

Now that you’re familiar with the concept, let’s take a look at the pros and cons of opening a foreign subsidiary.

Setting up a foreign subsidiary: pros

Here are four of the main advantages of opening a foreign subsidiary.

Setting up a subsidiary in a foreign location allows the parent company to expand its reach and make a bigger impact on the world.

This includes access to different markets and more opportunities for expansion. For example, if the market is already saturated in the home country, opening a foreign subsidiary in a country with less competition can provide opportunities for increased revenue.

Therefore, setting up a foreign subsidiary can help your business continue growing when remaining only in your home country will stifle growth.

Some countries welcome foreign investment and make the process of incorporating a company simple, sometimes even extending incentives such as:

Setting up a foreign subsidiary allows businesses to hire local employees who have greater knowledge of the local market and business opportunities available. It also makes it easier to establish relationships and partnerships with local organizations and take advantage of their networks and local expertise.

Another reason to open a foreign subsidiary is to gain access to local talent and their technical skills. In today’s ever-changing tech environment, some countries are ahead of the curve.

For example, countries such as Japan boast highly-skilled workers whose technological knowledge is in high demand. Establishing a legal presence in these countries allows businesses to tap into the local talent pool.

Setting up a foreign subsidiary: cons

Now let’s take a closer look at three of the biggest disadvantages of foreign subsidiaries.

Setting up a subsidiary is an expensive business. While costs vary wildly from one country to another, you can conservatively expect the bill to run into the hundreds of thousands of dollars.

In addition to the costs of opening the foreign subsidiary, you may need to take into account additional expenses such as travel to the country to attend meetings and sign documents.

The process can take anywhere from four to twelve months from start to finish. And if you decide to exit the country, it can be just as difficult and costly. For example, in China, there are several steps you need to take in order to cancel, dismiss, and liquidate your company, and the entire process can take three to four months.

Many countries are reluctant to allow companies that are wholly owned by a foreign entity to set up camp on their soil.

For example, the UAE requires foreign investors to have a local, UAE-citizen partner who owns at least 51% of the company’s stock in order to set up a subsidiary in that country.

Some countries prohibit foreign ownership in certain industries, while others may allow a foreign investor to put a certain amount into the company. Navigating these rules is a complex and time-consuming process.

One of the biggest challenges with setting up a foreign subsidiary is doing so compliantly. Many countries have tricky rules around hiring staff, managing payroll, abiding by tax laws, and the benefits packages to be offered to employees.

Your alternative to establishing a foreign entity

Foreign subsidiaries might make sense for large multinational companies looking to hire hundreds of people and take over new markets, but it may not be the best option for smaller businesses hiring remote teams.

An increasingly popular alternative to opening a foreign entity is using a global employment platform like Oyster to employ, pay, and manage talent based in other countries. You get all the advantages of opening a subsidiary without the time, money, and hassle.

Grow your international business with Oyster

Opening a foreign subsidiary is a massive decision that requires an in-depth analysis of the costs and benefits involved. For many small- and medium-sized businesses, it’s often not the most cost-effective option.

As more and more companies go global, increasing numbers of them are opting to work with companies like Oyster to ensure efficient and compliant hiring.

Browse our website for more resources and advice on expanding your business globally, or sign up for free and let Oyster take your global employment challenges off your hands.

Oyster is a global employment platform that empowers visionary People Ops leaders to manage and care for a thriving global workforce. Through its compliant hiring process, streamlined payroll, and localized benefits offerings, companies can bring talent aboard no matter where they're located. 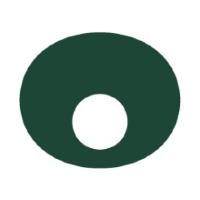