On the importance of flow

A state of flow is the secret to productivity.
August 30, 2020
Rhys Black The number of economies entering the post-industrial phase is increasing. Manufacturing jobs are being replaced by knowledge work and with this shift, physical presence and productivity have begun to decouple from each other for the first time. As knowledge work has evolved, particularly in combination with advancements in technology, we have reached a point now where many knowledge worker jobs are able to be completely location-independent, resulting in the rapid progression of remote working.

Knowledge work, however, is heuristic by nature compared to manufacturing. This means that outputs vary more with the natural rhythm of the person and the environment they are in compared to the algorithmic output of manufacturing.

For knowledge workers to do their best work, they need to achieve a state referred to as Flow. Hungarian-American psychologist Mihaly Csikszentmihalyi popularized this concept in his seminal work, “Flow: The Psychology of Optimal Experience.” The same phenomenon has been referred to by many groups under different names. Athletes call it “the zone,” spiritual leaders call it “presence” and musicians call it “the groove.” Regardless of the name used to describe it, it has been characterized as a state of full immersion in an activity leading to a sense of great engagement, productivity and fulfillment. Csikszentmihalyi also states that people are at their happiest when in a state of flow.

So if we know the secret to super productivity and fulfilling knowledge work, why aren’t employees, remote or not, able to tap into this on a regular basis? Because unfortunately, today’s work environment is less than conducive to achieving flow.

The modern workplace is a chaotic environment filled with a near-constant stream of distractions and interruptions, mainly in the form of queries from colleagues, both in-person and digitally. Queries in themselves are not a bad thing. In fact, they are an essential form of communication. However, the expectation and pressure to respond to them almost immediately, is.

Many people conflate importance with urgency, resulting in workers spending more time replying to the requests of others than focusing on their own work.

Research by Abode showed that the average employee is interrupted 50–60 times a day, and 80% of those interruptions are not important.

Hyper-responsiveness not only results in fragmented and unproductive work, it can also have serious consequences on the health and wellbeing of employees, particularly remote employees.

When someone is subjected to a culture of hyper-responsiveness, the pressure to respond to messages is not only felt during work hours but at all times of the day. This is especially true in remote teams where members are spread across multiple time zones. For example, if a Software Engineer in France is expected to respond immediately to a message from the company CTO in Silicon Valley at 3 pm in their workday, they are likely to feel the same pressure if they receive a message at 10 pm despite being well outside their work hours.

This can start to blur the lines between work and personal time, making it difficult for employees to shut off and recharge. It may not seem like much of a problem at the beginning, but the cumulative effect of this over months of work can lead to pronounced negative physical and mental health effects.

How to combat hyper-responsiveness

In order to tackle the problem of a hyper-responsiveness and move more towards asynchronous communication, it requires education at all levels of a company to break this habit.

It needs to be understood that most issues, despite being important, are likely not urgent and that the knee-jerk reaction of demanding an issue be addressed immediately creates more problems that it solves.

Once this is accepted, a culture of scrutinizing whether an issue is worth disrupting a team member’s flow in their work needs to be practiced. It is unrealistic to assume that each member of a team will be able to hold themselves accountable to this, especially when they are stressed and in a rush. This is the time when they are most likely to revert to doing this. As such, it is important for team members to moderate the actions of each other in a well-meaning manner. Over time, this will allow for these habits to form and become second nature.

It is also important for these changes to be discussed within teams so that the change in expectations around the immediacy of communication is clearly understood so that employees can also form this habit and become comfortable with this notion.

In conclusion, companies owe it to their employees to create a work environment conducive to flow. Not only that, but it is in the company’s best interests.

Once employees are able to work in this way, they are far more likely to derive joy from their work. As such, they will make better decisions, be more creative and contribute far more in general to their company. Furthermore, they will develop loyalty previously unattainable.

For laggards that do not take advantage of this opportunity to redesign the work environment, they will struggle to attract and retain the best minds in their company as this becomes the norm in their competitors.

Rhys Black is Head of Workplace Design at Oyster and the host of Oyster's podcast, New World of Work. 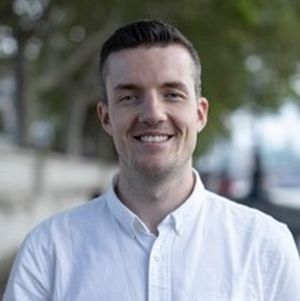