Back to Library
Oyster blog

From ESG to impact: Doing good on a global scale

It’s no longer possible for companies to ignore their impact
August 10, 2022
Jack Mardack Is it possible to build, scale, and sustain a profitable business while also doing good in the world?

As co-founder of Oyster, a global employment platform that makes it possible for global talent to access the best jobs anywhere in the world, impact entrepreneurship is something I strongly believe in. And it’s imperative that we hold the companies we buy from and work for to a higher standard.

Now in the third year of Covid-19’s global aftermath, it’s clear that we’re in the midst of a transformation. The future of work has been accelerated, and it’s not just about remote and flexible work. It’s about greater human-centricity, fairness, and equity. For millions of people worldwide, it’s not just the how of work that has changed, but also the why.

For companies and organizations, the upheavals of the last few years have catalyzed a shift in how they operate. This has meant embracing new modes of work and embracing globally distributed teams. But more important and more fundamental is the way they think about their purpose and impact.

In fact, the companies that survive and thrive in these new conditions will be the ones that are able to not just articulate a clear sense of mission and purpose, but also demonstrate their positive impact on the world. Ultimately, the companies that win will be the ones that align their business model with their impact, so that they’re solving not just business problems, but social and global problems as well.

Companies must adapt to the values shift in order to survive

Consumers have always been aware of how brands behave. We have a long history of scrutinizing the actions of corporate citizens—praising them for doing good and criticizing them for doing harm. It’s something that can make or break a brand’s reputation. As corporations have become increasingly powerful, it’s only natural that our interest in their behavior and impact has likewise increased.

That trend has intensified as a result of the pandemic, which caused us to reflect deeply on the things that really matter to us. It brought about sweeping changes in consumer behavior—we’ve become more conscious of what brands we’re willing to give our money and patronage to. And as evidenced by the Great Resignation, people are also more intentional about who they’re willing to work for. As both consumers and employees, we’re increasingly drawn to brands whose values we align with.

As the values shift drives new behaviors that determine who we buy from and who we work for, it has become imperative that companies adapt to these cultural and market forces. As the public consciousness shifts, people’s expectations from companies have evolved. Companies need to reflect on the factors driving people’s buying decisions, taking into account the degree to which consumers expect to see positive impact and corporate social responsibility.

In addition to influencing consumers and employees, the values shift will also impact how attractive a company is to investors. Even pre-pandemic, the ESG label was being used to identify investments that embodied positive impact in terms of environmental, social, and governance factors. But the shift in public consciousness has accelerated the trend towards impact investing and the triple bottom line, so that capital is now increasingly flowing to companies that have their house in order from an impact and ESG standpoint.

In fact, Gary Gensler, the chairman of the Securities and Exchange Commission, recently called for greater clarity and definition of standards when using labels like ESG. Even though the importance of ESG and CSR was already trending before the pandemic, we’re now living in a world where companies of every size, from startups to Fortune 500, must prioritize developing a clear view of how their existence makes the world a better place. The most innovative companies are taking it upon themselves to discover that standard and lead the way.

For companies, the stakes are deeply existential. In the competition for consumers, employees, and capital, there will be a clear separation between winners and losers. That’s why companies must adapt to this values shift in order to survive.

Forward-thinking companies are taking on ESG and social responsibility

Although the ESG acronym originated within the investor community, it is now used by companies everywhere as a catch-all term to describe a variety of internal impact initiatives. Companies are increasingly conscious of their impact—from how they treat their employees, how they run the company, and how they manage their supply chain, to issues of workforce diversity and the environmental consequences of their operations.

Of course, ESG considerations are not new—they were already part of the annual reports of publicly traded companies. What’s new is the degree to which it has grown in importance, and the ways consumers are holding companies accountable. The disruptions and behavior changes resulting from the pandemic have created a fresh opportunity for companies to think about and pursue impact—from the environmental benefits of remote working to the diversity gains of being globally distributed.

That’s why it’s important to lean more deliberately into impact as a value. It’s not enough to just say the right things—companies must back up their words with action, and take greater accountability to track and report on their own impact, as we do in our annual impact report at Oyster.

In recent months, we’ve also witnessed the birth of a new class of socially responsible corporate behavior in response to the Russian invasion of Ukraine. Many of the world’s largest global brands cut off Russia, putting morality and justice ahead of short-term profits. Saying no to sales in Russia meant taking a hit to profit and revenue, but it was in exchange for longer-term brand revenue built at least partly on taking a moral stance on an issue.

It’s no longer possible for companies to ignore their impact because the public will hold them accountable. For example, research by environmental nonprofits has demonstrated the carbon impact of the cash deposits of large corporations. If the bank holding a company’s money finances environmentally harmful projects such as oil refineries, consumers are now holding them accountable for the climate impact footprint of their deposits. In other words, the internal impact of a corporation now extends to the lending activity of the financial institutions where they keep their cash. So it’s incumbent on companies to think about their impact to the fullest extent possible.

It’s important to understand the distinction between internal and external impact. The former centers a company’s internal operations, and is limited to the people and systems affected directly. The domain of internal impact includes their employees, their supply chain and procurement, their financing practices, their environmental footprint, and so on.

External impact, on the other hand, is not limited to the finite aspects of the business. It’s potentially unlimited and infinitely scalable. The enlargement of the ‘impact picture’ in recent times means that more companies are looking beyond the impact of their own operations to the much larger arena of business model impact.

For another example, consider the electric car manufacturer Tesla. Whatever one may think of their internal impact, their model for external impact is certainly very solid. They’re basically manufacturing cars to displace the gas-chugging, pollution-generating vehicles that would otherwise be sold. They also go a step further by open-sourcing their technology so that other manufacturers can also follow in their footsteps—which compounds the effect of their external impact.

The key idea in these examples is that there’s a strong alignment between business model and impact, which enables the unlimited scalability of business impact as a result. As the company grows, so does its positive impact on the world. This is something that companies of all sizes can think about and strive towards.

Aligning business model with impact is a wonderful way to try and solve the world’s problems. Ideally, as with Oyster, companies should be conceived right from the beginning to solve an important global problem while also creating a significant business.

This kind of alignment creates a virtuous cycle—what’s good for the business is also good for the world. I’m excited about seeing more companies born in this way, and I expect that we’re going to see many more startups designing themselves as ‘impact machines’ from the very beginning, tying together positive impact and commercial success into a single outcome. These startups will be inspired to address the world’s most pressing global problems and look for ways to create highly-scalable businesses as a way to tackle them.

I’m also eager to see more established companies take greater pains in aligning their business model to positive impact. It’s a wide creative territory for companies to examine their internal and external impact with responsible scrutiny, and look for ways to do better. If the biggest companies on Earth begin to think and act in this way, it could create an incredibly powerful lever for positive impact on a global scale.

I’m excited for what the future holds as we build businesses that combine doing well with doing good. After all, the potential for doing good is virtually limitless, and we know the world needs it.

As co-founder of Oyster, Jack Mardack is committed to redressing the unequal distribution of job opportunities by encouraging organizations to think more globally about their talent. 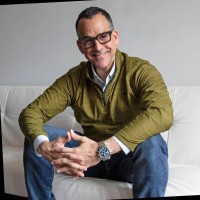 5 benefits of hiring remote workers in 2023

How to build connections between remote employees

Spark conversation among your remote team with these ideas.