The power of an asynchronous work week

What if there were no internal meetings for a week?
September 8, 2021
Rhys Black 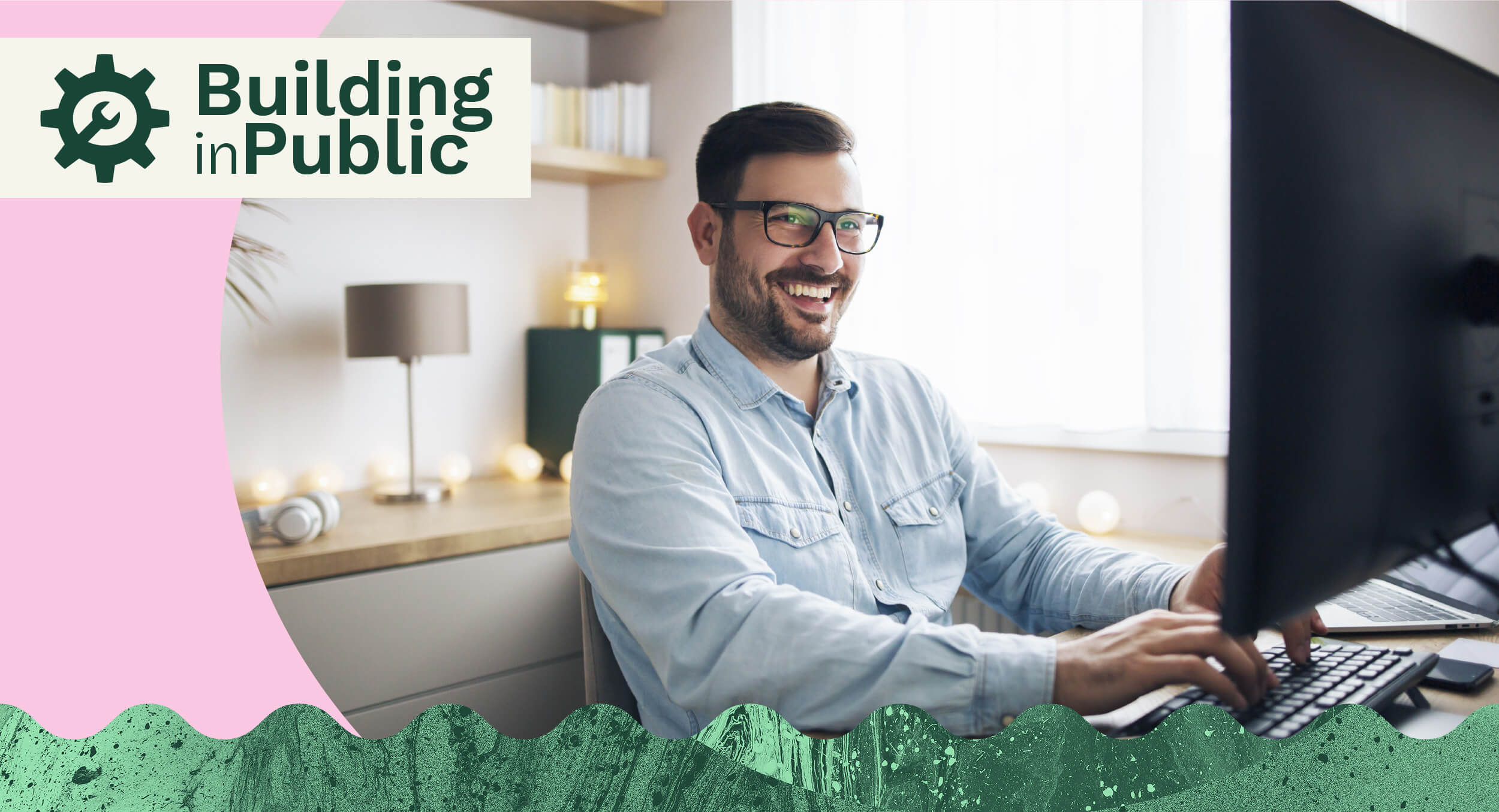 This article is part of our Building in Public series where our Remote Operations team shares our experiences as we build and manage a distributed workforce at Oyster. Our hope is that by sharing our tips, strategies, and lessons we've learned along the way we can inspire other teams to adopt a new, distributed way of working.

Over the last year, as many organizations shifted their work setups to online, a term arose that no one is a stranger to now: Zoom fatigue. In fact, more than a quarter (27%) of employees surveyed in a recent poll said that during a Zoom meeting, they’re typically “trying to pay attention, but often zoning out.”

For many, the virtual adaptation of the office environment is all they know of remote work. Zoom daily standups, Zoom weekly check-ins, Zoom status updates—the data shows that it can be overwhelming. What’s different about approaching meetings in this way is that it’s sure to lead to a feeling of burnout—or at the very least, impacts attention spans greatly.

As distributed workforces become more and more common, and teams continue to stretch across time zones, we have to think about the impact on both productivity and wellbeing. How can we make a remote culture that’s easier on our team members in different parts of the world? How much of this communication really needs to happen in real-time? At Oyster, we’ve thought about this a great deal, and decided to try a full week of asynchronous communication. Here’s what we learned.

What is an asynchronous work week?

First off, an asynchronous work week—or what we’ve internally begun to call “async week”—is a week where we cancel all internal work calls and default to asynchronous ways of communicating to resolve issues or make decisions. For us, asynchronous communication includes Slack, Loom, and Notion.

There were two primary reasons we wanted to try an asynchronous work week. The first being burnout from back-to-back Zoom calls everyday, and the other part being to increase our capacity. What would our productivity be like if we weren’t on calls all day? Would it help or hinder performance?

Asynchronous work also helps level the playing field when it comes to time zone differences. It makes communicating more inclusive to people who are in less “central” time zones (Asia-Pacific, for example) and it reduces the need for people in the Americas to start their day off with back-to-back calls, which drains people for the rest of their day.

During async week, we of course continued to have external calls with customers, vendors, partners, and candidates, but we encouraged team members to replace all of their internal work-related calls with social agendas instead.

The intention of this experiment was to be somewhat of a shock to the system. We put barriers in front of our usual ways of working to see if we could come up with creative solutions to solving problems. For many, Zoom has become the default method of communication because it’s so simple to arrange, but we have to remember that if we're relying solely on synchronous ways of working, then that limits us in terms of the time zones that we can work across. The more we rely on synchronous ways of working, the more we’re constrained in the time zones we can cover. This then limits the countries where we can hire amazing talent, and impedes our social mission.

Like any major initiative, it’s important to get buy-in to ensure that your asynchronous work week is fully supported within your organization. At Oyster, we found that some leaders were more on board than others. Our CEO, Tony, heavily supported the idea, which really helped drive the pilot forward.

Our engineering team, as you may imagine, was very eager to participate, while other teams like sales and customer success were at first challenged by the idea of asynchronous-only communication, mostly due to the nature of their roles.

If you’re thinking of piloting an asynchronous work week and struggling to get your team on board, we’ve found it’s important to be empathetic and show that you understand why particular groups may be apprehensive about it. You’ll probably find that if you have team members spread across different time zones, it won’t take much convincing. They’ve likely already flagged the challenges of coordinating synchronous meetings and may come to find that asynchronous communication would help.

Once we decided to push forward with our experiment, we shared the idea in our company-wide all-hands meetings a couple of times. Because an asynchronous work week is so different from the status quo of working, we’d suggest over-communicating the concept at first to ensure that everyone is aligned on what’s expected and how to approach it. In the future, we’ve decided that in addition to sharing the news about async week during our all-hands meeting and via Slack, we’ll also be adding a new internal newsletter to our communications plan so employees have as much visibility as possible.

One thing we also did was set up what we called a group of “async champions.” These are people who have either worked in asynchronous organizations before, or are particularly passionately about it. They served as a set of eyes and ears within different teams while also acting as asynchronous cultural agents through the company.

We approached our asynchronous work week knowing that it would be an adjustment for most people, so prior to the week kicking off, there were drop-in sessions put in people's calendars where people could join to seek support to ask questions.

That week, our bi-weekly all-hands meeting was conducted asynchronously, which received a lot of great feedback from the team. People really found value in being able to read through company-wide updates on their own time, rather than having each department list off what they had going on that week.

Overall, the feedback we received was quite positive, with some people suggesting that it be extended to two weeks instead of one. It did seem, however, that individual contributors liked it more than managers. We also found that despite all of our asynchronous training, people still felt like they needed coaching on how to effectively work asynchronously. So we would suggest really investing time and resources into ensuring that everyone on your team knows what to expect.

We also had a couple of new joiners to the team that week, so there was a concern that they would feel isolated without regular team meetings in place. While some new hires have said they enjoyed having the opportunity to move through their onboarding program at their own pace, we’ve found it important to make it totally clear to managers that new joiners are essentially exempt from async week. This way, they can get the information and connections they need during their first week of onboarding.

Will there be a next time?

One of the great things about an asynchronous work week is that it’s an experiment. Spending a week working asynchronously isn’t going to make a significant impact on the business, but what it does do is allow you to get some visibility into what it might look like longterm.

For our team at Oyster, the majority of our feedback indicated that people would be willing to do it again—even for a longer period of time. As some people suggested, they feel it takes longer than a week for the habits to form, and might be more productive during a second consecutive asynchronous work week. Our goal is to make this a continuous practice so that it does become ingrained in the culture of the company.

After our first trial run of an asynchronous work week, we tried it again the next month and applied what we learned from the first time around. It’s safe to say that there is interest to keep evolving the process, but it’s important to note that it is, in fact, a process that we’re all working to get right.

Some key lessons we’re taking away for next time are:

Is asynchronous work for everyone?

If you’re thinking of trying an asynchronous work week at your organization, whether you’re partially remote or fully distributed, it’s important to go into the experiment knowing that it will not be perfect.

As we have, you will definitely experience some challenges, and team members will most likely be frustrated at points when they want to get answers for things in the way that they’re used to. Acknowledge that you are all learning and evolving the process together—and your team’s feedback is what’s really going to shape the experience moving forward.

While an asynchronous work week may not be right for every organization, if you’re thinking of trying it, remember that it’s just a test. If it doesn’t work, and everyone hates it, you can move on and say you tried. But if you do find that your team is receptive to it, we’d encourage you to really commit and see if you’re able to unlock the benefits that can come from asynchronous work.

Thinking of implementing an async week at your company? Here are some things to consider that worked for us:

Want to learn more about how we’re building and managing our distributed team, check out the last article in our Building in Public series “What is a Head of Remote?”

Staying social as a remote team: How we do it

Get a peek at how we keep our global team connected.
Building in Public

The first hires we're making on our remote operations team

We share how we're building out this essential team.
Building in Public

Using Slack for remote teams: Where we got it wrong

Something changed when we hit 100 employees.
Building in Public

The challenges of hiring diverse talent